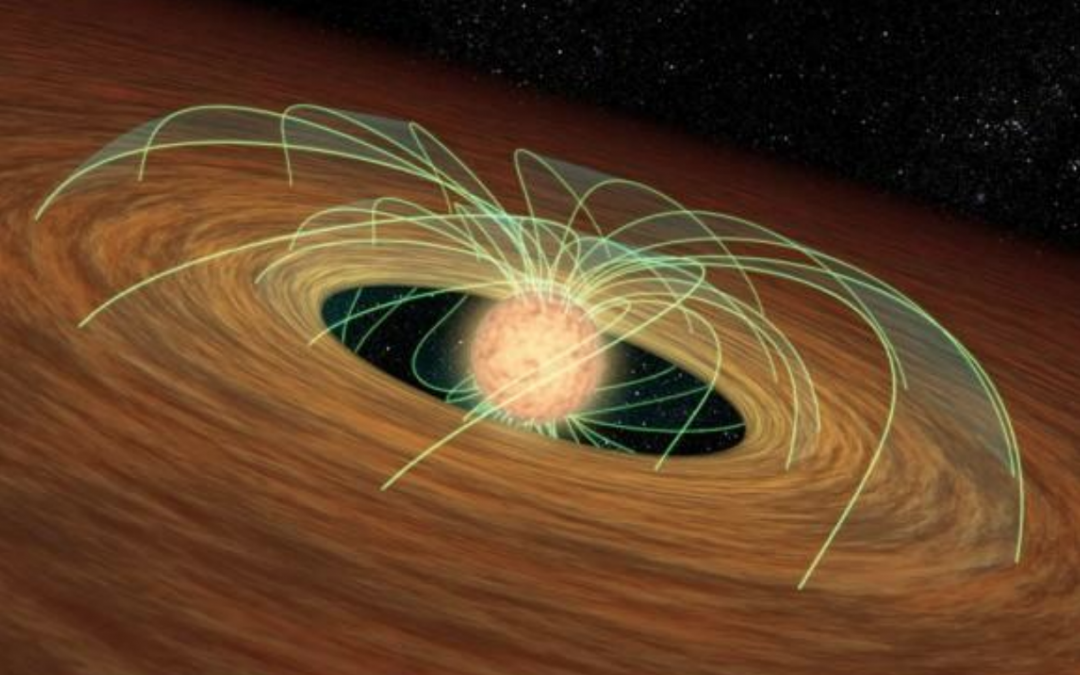 One of the most widely used technique for stellar dating is the so-called Gyrochronology, where the stellar rotation breaking with time is used to estimate the age of the stars. This technique is now under revision due to recent discoveries showing that, from a certain age, the rotational breaking-down stops. Our Sun is close to this transition in the magnetic dynamo (the physical phenomenon we think is responsible for the breaking-down).

In a recent paper, Gallet & Delorme present a sort of spin-off from gyrochronology: Tidal-Chronology. The idea is similar to gyrochronology: dating stars using their change in the rotational period with time, but the physical process change. In the case of tidal-chronology, the physical source of this change is the tidal interaction between the star and a hosted exoplanet. When an exoplanet is orbiting a star, there are tidal forces coupling both objects. When the distances between them are large and the masses are very different (as it is the case of the Sun and The Earth, for example), these forces are weak. But when the planet is really big (like Jupiter or larger) and the distance star-planet is really short, these forces are not negligible. In fact, using simulations these authors show that they are strong enough for driving a rotational breaking-down in the hosting stars.

Therefore, it is a mechanism that can be applied only for a limit number of cases, but it is an open door for a new way of dating stars, something we really appreciate.